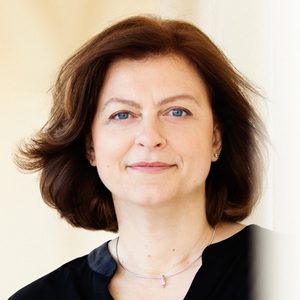 During the course will be deepened some pieces chosen from the repertoire of the Italian and Southern German Organ Schools of the 17th and 18th centuries, with the aim of highlighting the close style relations. In particular, we will dedicate ourselves to the work of Johann Jakob Froberger, Johann Caspar Kerll, Georg Muffat, Girolamo Frescobaldi and Bernardo Pasquini. It will still be possible to analyze other pieces of the choice of the students, in line with the phonic characteristics of the available instrument.

Study of some pieces of Italian, French and German literature from the 17th and 18th centuries. Correlation on the different executive modes of the same piece according to the type of instrument adopted (organ or harpsichord). Individual and collective lessons to the organ and/or harpsichord with possible participation in the final concert and rehearsals of the choir and the various instrumental groups.

Born in Verona (Italy), Silva Manfrè studied piano, organ and composition at the conservatory of her hometown and at the University of Music and Performing Arts of Vienna with Michael Radulescu. She also studied musicology at the Universities of Pavia (I) and Vienna (A). She got her degree with a dissertation on the organ compositions of Arnold Schönberg, Olivier Messiaen und Paul Hindemith. Silva Manfrè attended masterclasses in particular in historical performance practice with Gaston Litaize, Guy Bovet, Bernard Brauchli, Esteban Elizondo, Harald Vogel, Lorenzo Ghielmi and Paolo Crivellaro. International concert activities as soloist and chamber music player led her to Italy (Asiago Festival Internazionale, Festival di Musica Antica di Magnano, Organfestival of Alessandria, Rassegna »Monteverdi ai Frari«, „Gaude Barbara beata“ in Mantua, Festival Serassi, „Concerti di S. Torpete“ in Liguria and others), Austria (Wiener Orgelkonzerte, Wiener Bezirksfestwochen, Orgelkonzerte von Jeunesse und ORF / Radio Ö1, „Music for a while. Alte Musik in Bludenz“, »donauFESTWOCHEN im Strudengau« in Upper Austria and others), in Hungary, Czech Republic, Switzerland (Festival Antegnati – Bellinzona, Rassegna Organistica Valmaggese), Spain, the Principality of Andorra and in Slovenia. Silva Manfrè has also made radio recordings for the Austrian Broadcasting (ORF). Among her main interests are less known or rarely performed compositions of the Renaissance, the Baroque and the classical period as well as organ chamber music. Silva Manfrè has worked together with contemporary composers such as Michael Radulescu, Wolfgang Sauseng, Pier Damiano Peretti and the catalan composer Victor Estapé who wrote his composition »Landschaft mit Gesang« (Landscape with chant) for her and the spanish flutist Enric Ribalta (First performance: Vienna 2011). Silva Manfrè was also organist at the Cappella musicale of the Cathedral of Padua (IT). She has been Organist at the »St. Thekla« Church of the Piarists in Vienna since 1998.
Contact