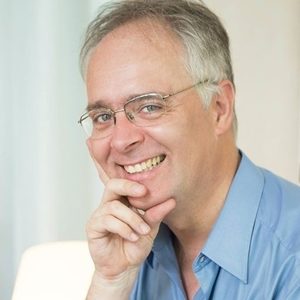 Maestro Brauchli decided to hand over to his friend Albert Muehlboeck, who studied with him for several years, the clavichord and fortepiano classes. Possible teaching sessions together with Maestro Brauchli during the courses.

The clavichord through centuries

Instruments and music from the fifteenth to the eighteenth centuries. Emphasis on J. S. Bach and the composers of the "Sturm und Drang", especially Carl Phillip Emanuel Bach. Personal repertoire.

Austrian musician Albert Muehlboeck is an internationally successful pianist, clavichordist and teacher and has performed with orchestras and as a soloist in many European countries, as well as in Asia (China, Taiwan, Vietnam and Japan) and North America (USA and Mexico). Highlights of his many concerts were performances at the Vienna Musikverein, Vienna Konzerthaus, Brucknerhaus Linz, National Opera House Taichung, National Concert Hall Taipei, Beijing Concert Hall and Steinway Hall in New York City. He has performed with the Bruckner Orchestra Linz, the National Taiwan Symphony Orchestra, the Shenzhen Symphony Orchestra in China and the CCM Philhamonia Orchestra in the United States.

Albert Muehlboeck has also won prizes in competitions in Austria, France, Italy and the United States. He has made radio and CD recordings of works by Schubert, Liszt, Rachmaninoff and Chopin, among others. Albert Muehlboeck studied at the "Anton Bruckner Private University" in Linz, the "University of Music and Performing Arts Vienna" and the "College Conservatory for Music in Cincinnati (USA)", where he graduated with a doctorate in piano performance. He teaches at Chiayi University in Taiwan, where he lives and performs. Albert Muehlboeck has devoted himself not only to the usual repertoire, but also to modern and early keyboard music (he wrote his dissertation on 'Recovering the clavichord for the modern pianist'). His clavichord concerns include performances and lectures in Finland, Austria, Italy, USA, Japan and Taiwan. He performs regularly at the "Festival Musica Antiqua Magnano" in Italy and at the "Nordic Historical Keyboard Festival" in Kuopio, Finland. He was invited to be a jury member at the "International Clavichord Composition Competition" in Kuopio in 2018. One of his missions is to spread the value of studying and performing the clavichord for pianists and piano students.